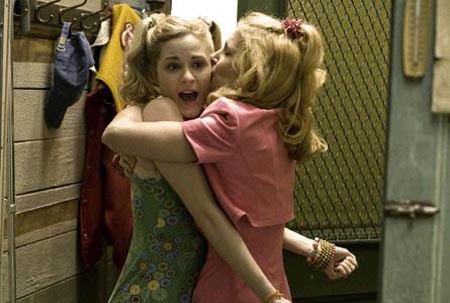 Take a look at the first three shots from the upcoming Woody Allen‘s comedy “Whatever Works,” starring Larry David, Evan Rachel Wood (as Melodie), Henry Cavill, Kristen Johnston and Patricia Clarkson. A highly eccentric character played by Larry David runs into a young girl from the South and soon after, her mother and soon after, her father. The three of them, along with Larry David’s crazy Greenwich Village friends, get into a series of highly improbable, far out, romantic entanglements.