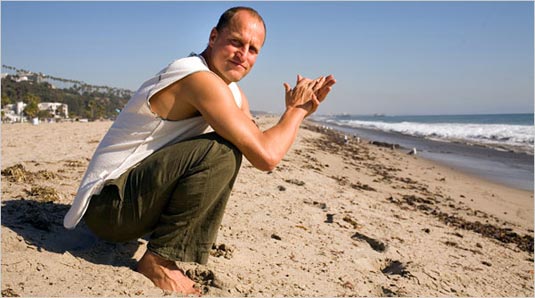 Woody Harrelson has signed up to appear in Columbia Pictures‘ horror comedy “Zombieland“. Rueben Fleischer is directing from a script by Rhett Reese and Paul Wernick (The Joe Schmo Show). “Zombieland” revolves around two survivors of a zombie infestation who must look past their differences to fight off the undead. Harrelson will play one of the survivors, dubbed Albequrque. Harrelson recently starred in “Semi-Pro” and is in production on Roland Emmerich’s “2012.” He has the Will Smith starrer “Seven Pounds” in the can and wrapped “Bunraku,” a martial arts noir that mixes live action and animation. No production schedule was released for the film.
Continue Reading
Advertisement
You may also like...
Related Topics:2012, Woody Harrelson, Zombieland