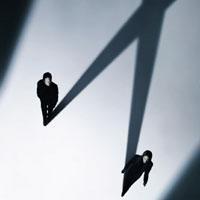 ComingSoon has noticed that the novelization of the upcoming “X-Files: I Want to Believe” has revealed the plot of the movie, even though 20th Century Fox has tried to keep it a secret. This isn’t the first time that we see books and soundtracks reveal information about films and it won’t be the last.

“X-Files: I Want to Believe” novelization, by Max Allan Collins, describes the plot: “When a group of women are abducted in the wintry hills of rural Virginia, the only clues to their disappearance are the grotesque human remains that begin to turn up in snow banks along the highway. With officials desperate for any lead, a disgraced priest’s questionable “visions” send local police on a wild goose chase and straight to a bizarre secret medical experiment that may or may not be connected to the women’s disappearance. It’s a case right out of The X-Files. But the FBI closed down its investigations into the paranormal years ago. And the best team for the job is ex-agents Fox Mulder (David Duchovny) and Dr. Dana Scully (Gillian Anderson), who have no desire to revisit their dark past. Still, the truth of these horrific crimes is out there somewhere… and it will take Mulder and Scully to find it!”