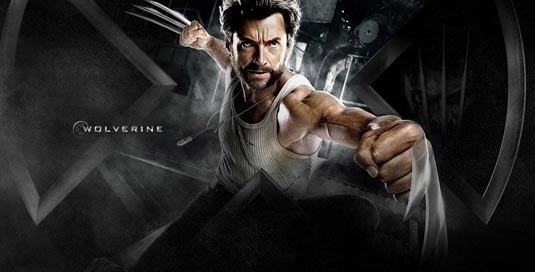 Today we have a new photos and wallpapers from the upcoming Gavin Hood directed “X-Men Origins: Wolverine,” featuring a look at Wolverine (Hugh Jackman), Sabretooth (Liev Schreiber), Silver Fox (Lynn Collins), Gambit (Taylor Kitsch), Deadpool (Ryan Reynolds), Agent Zero (Daniel Henney) and John Wraith (Will i Am). Wolverine has many animal like powers attributed to his mutant gene. His senses are extremely heightened, making him able to track by smell alone and detect nearby enemies. He also has bone claws that can pop out through the skin of his knuckles and are razor sharp weapons. One of the things that allow Wolverine to do the things he does is his superhuman healing factor. Cuts, bullet wounds, broken bones and much more can be healed in a matter of minutes, if not seconds to heal him from most any injury. A side effect of this healing factor is that drugs have little affect on him (including alcohol) and that he has an unnaturally long lifespan. 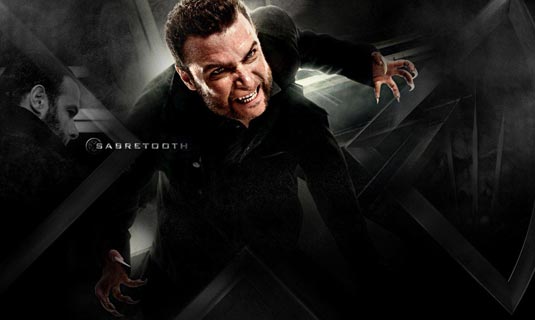 Like Wolverine, Sabretooth can quickly heal from virtually any would, including gunshots, slashes, puncture wounds and severe burns. And like any good cat, he has acute senses of sight, hearing, smell and taste – the better to track prey. (Jackman: “They were close in the beginning, but they begin to drift apart. He’s like the brother who shows up every birthday to kick your (butt) to remind you who is boss.”)

Silverfox’s only known power is accelerated healing of other mutants. The speed and extend of her healing factor is superior to that of Wolverine and Sabretooth, making her tougher to beat. She is an experienced marksman and skilled at hand-to-hand combat – which she never uses on Wolverine. (Jackman: “She has a tragic romance with Wolverine. It’s that romance that really puts the story into motion.”) 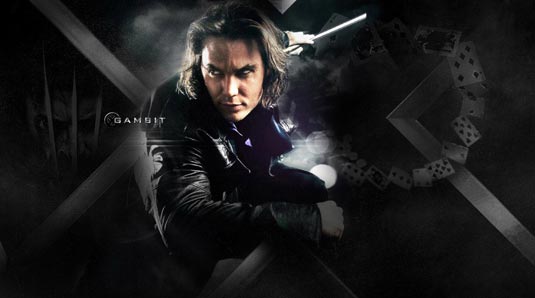 Gambit has explosive powers, literally. The mutant can take, for instance, a playing card, charge it with kinetic energy and cause it to explode on impact. He also has superhuman agility, dexterity – and charm. He has power over the weaker-minded to gently coerce them to believing what he says or agree with what he suggests. (Jackman: “He’s such a great character, we’ve been trying to get him in X0Men since the second movie. He starts off as a pest, but their relationship is a little gray. He’s not quite friend of foe.”) 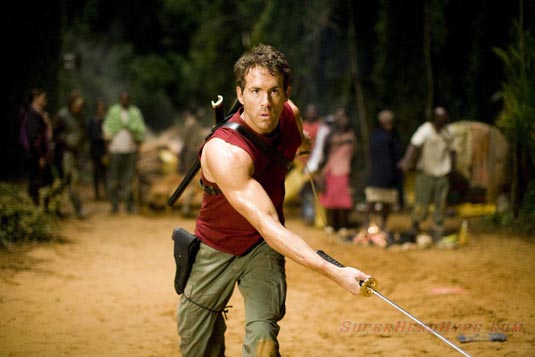 Deadpool has regenerative powers like Wolverine and Sabretooth, though he uses more high-tech gadgetry than his colleagues. Skilled in hand-to-hand combat and marksmanship, Deadpool has a teleportation device to whisk him out of (and into) trouble, as well as a holographic image inducer to disguise his appearance when necessary. (Jackman: “The action scenes Ryan has with swords are unbelievable. By the end of the movie, they are definitely foes.”) 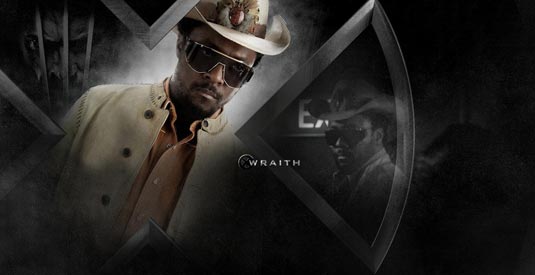 Kestrel is a powerful teleporter, capable of getting his fellow mutants out of sticky situations after their job is finished. He has a penchant for explosives, arming himself with odd-shaped charges. Like the other members of the mutant team, he was given an artificial age suppressant, so he is much older than he look. (Jackman: “He is categorically a friend of Wolverine’s. Part of that is because he gets to wear the coolest clothes.”) 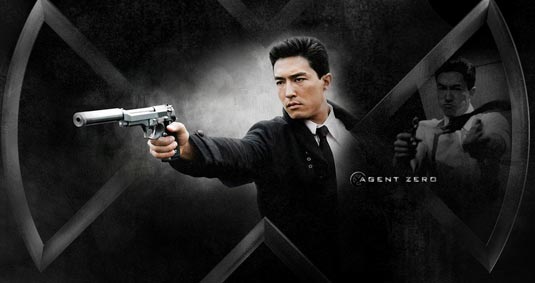 Agent Zero is a mutant who can absorb the kinetic energy of an impact within certain limits without injury to himself. Zero must then release the energy he absorbs and can channel it as blasts of concussive-corrosive energy via an acidic enzyme secreted from his fingertips. This enzyme was specifically designed by the Weapon X Program to counteract an opponents self-healing abilities by reversing the process so that the more an opponent attempts to heal an enzyme-inflicted wound, the worse it becomes. Zero is also able to channel absorbed energy into raw strength, allowing him to deliver blows ten times stronger than normal. Like other members of the Weapon X Program, Zeros D.N.A. contains an age suppression factor that greatly retards his aging process. Subsequent modification by the Program has removed all discernable scent from his body.

Leading up to the events of “X-Men,” the new spin-off movie tells the story of Wolverine’s epically violent and romantic past, his complex relationship with Victor Creed, and the ominous Weapon X program. Along the way, Wolverine encounters many mutants, both familiar and new, including surprise appearances by several legends of the X-Men universe.