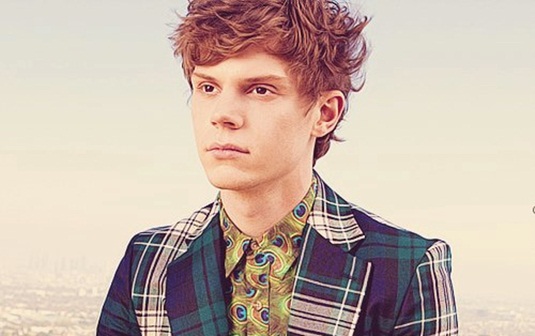 Quicksilver a.k.a. Pietro Maximoff who along with his sister Scarlet Witch will be joining the team in the upcoming Avengers sequel is also going to be appearing in X-Men: Days of Future Past, which is currently filming! Director Bryan Singer who quickly became a social media mastermind has revealed, broke the news via his Twitter feed that Evan Peters will be joining the film as Quiksilver, the super-fast son of Magneto. https://twitter.com/BryanSinger/status/337643722953080832 Fox would get to use Quicksilver as a younger character, while Marvel Studios could use an older, more adult version. However, both studios possess the right to include Quicksilver and Scarlet Witch in their feature films, but Marvel doesn’t have the rights to X-Men so they can’t mention the fact that Magneto is Quicksilver’s father, and Fox doesn’t have the rights to The Avengers so they can’t refer to the fact that sparks flying between Quicksilver and Tony Stark. X-Men: Days of Future Past opens on July 18th, 2014, and The Avengers 2, meanwhile, is scheduled for release on May 1st, 2015. The film, based on the comic book storyline ‘Days of Future Past‘ already stars Ian McKellen, Hugh Jackman, Patrick Stewart, James McAvoy, Jennifer Lawrence, Michael Fassbender, Anna Paquin, Ellen Page, Shawn Ashmore, Peter Dinklage, Omar Sy, Halle Berry, Daniel Cudmore, Fan Bingbing and Boo Boo Stewart. Evan Peters is best known as Todd, one of Dave’s friends in Kick-Ass or as Tate Langdon in the FX television anthology series ‘American Horror Story‘.