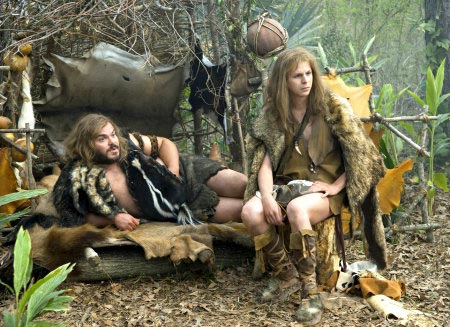 The full trailer clip and poster for Jack Black and Michael Cera‘s comedy “Year One” is out. The film is about two men, Zed (Black) and Oh (Cera), traveling through the stories in the Old Testament of the Bible. After the lazy hunters were banished from their primitive village, they go on an epic journey, meeting biblical characters including Cain and Abel, Adam and Eve, and Abraham. “Year One” is directed by Harold Ramis (Caddyshack, Groundhog Day), produced by Judd Apatow (Superbad, Pineapple Express), starring Jack Black Michael Cera, Olivia Wilde, Christopher Mintz-Plasse, Oliver Platt, Hank Azaria and many else. It will be available in U.S. theaters on June 19th, 2009. 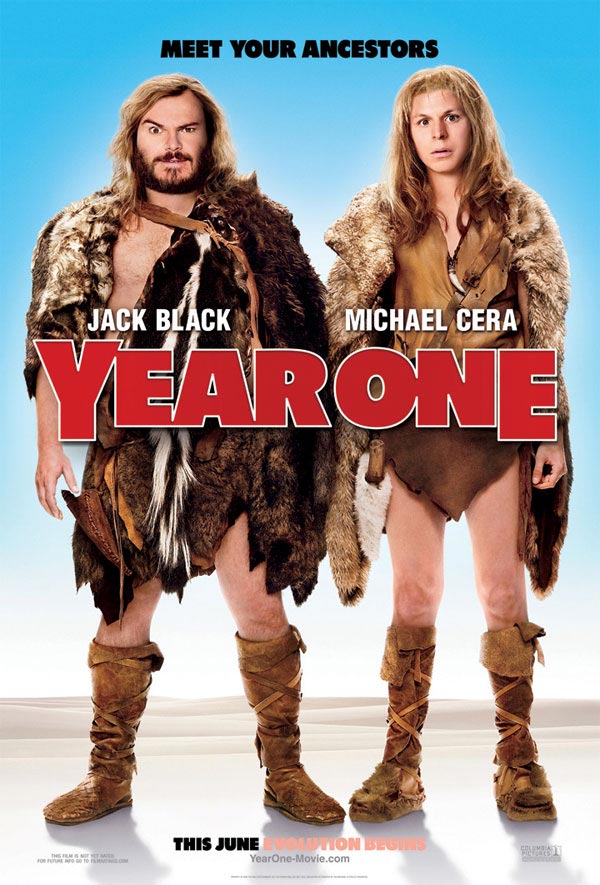