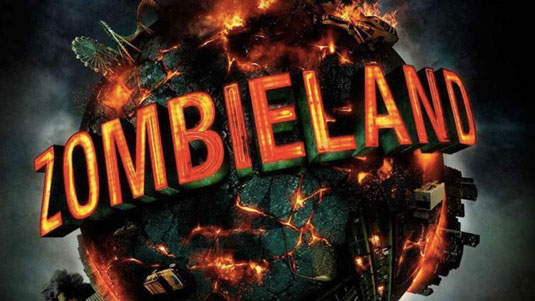 As we reported back in January, a Zombieland TV show has been in the works for years. The apocalyptic comedy was conceived as a TV show originally, before it ended up as a movie starring the awesomely combined cast of Woody Harrelson, Jesse Eisenberg, Emma Stone and Abigail Breslin. This one found a big success on the silver screen, and naturally, the focus of the talk once again turned to the small screen, which eventually turned into more than just talk; Amazon recently gave the pilot a green light, making it the online retailer/streaming provider’s highest profile project up to this date. This new TV version of the show features the same four characters from the film, but they’ve been recast and now we’ve finally got to see the new gang. Have a look:

From left to right, we have: Little Rock (Izabela Vidovic), Tallahassee (Kirk Ward), Wichita (Maiara Walsh) and Columbus (Tyler Ross). It’s weird seeing them in place of the familiar foursome, but thankfully not everything about the show is changing. Original Zombieland writers Rhett Reese and Paul Wernick are returning to the show, and Tucker and Dale vs. Evil director Eli Craig is taking on the series’ pilot. In the not-too-distant future Amazon will be putting the pilot online for all to see, after which they’ll let viewers determine its fate. If people like it, they’ll green light the full season. If they don’t, I guess we’ll all just pretend this whole thing never happened.