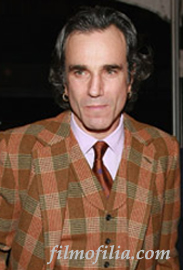 ‘There Will be Blood’ is the latest in a string of 2007 films hell bent on depending on an audience’s use of their brain just as much as their eyes. Writer/director Paul Thomas Anderson has taken Upton Sinclair’s 1927 novel “Oil!” and woven an interesting character piece drenched in dust and darkness. From the start and all the way through to the end you never quite know what to think of protagonist Daniel Plainview, but every move he makes in the film’s two-and-a-half-hour runtime weighs on your mind for days after viewing. The story begins in 1898 as Daniel Day-Lewis as Plainview is seen digging deep in the bowels of the earth for silver and gold. The dusty scratch of skin against rock and the torturous theme presented by the score performed by Radiohead’s Jonny Greenwood instantly tells you this isn’t going to be your average drama. The music from the outset implies a Kubrick-ian character study as Plainview could just as easily be compared to Charles Foster Kane (as he has) as he could be to Jack Torrance. Flash forward 13 years later and Plainview is a different man. He is an oil man, and to hear him speak is to hear a man you may trust, but all the while you realize there is a beast just below the surface that isn’t only there to suck the Earth dry of its oil but to suck dry anything that would stand in his way. Plainview’s fortunes change when he is visited by a man named Paul Sunday. Claiming to know of land rich with oil he sells the secret for a reasonable price. Plainview then descends upon the Sunday family ranch under false pretenses only to begin drilling for oil and changing the landscape of the small town known as Little Boston forever. http://www.youtube.com/v/GZOMYSEHZeQ ‘There Will be Blood’ is rich with religious metaphor as Daniel Plainview is something of an antichrist in the middle of a pious small town complete with its very own early 1900s evangelical preacher named Eli. Brother to Paul, Eli’s story is just as rich and intricate as Daniel’s as the two immediately appear to be on a crash course of destruction as a prime example of clashing values and will. Many have said the film is a departure from typical fare from Paul Thomas Anderson’s norm, which includes ‘Boogie Nights’, ‘Punch Drunk Love’ and ‘Magnolia’, but Anderson has peppered this film with metaphor and deeper meaning, the problem is finding that meaning and evaluating it to the point you can coherently understand everything he was aiming for. Anderson’s ‘There Will be Blood’ marks a whole new chapter in the filmmaker’s career, and in the world of cinema altogether. This is a towering achievement, one that puts its mark alongside various American classics, such as ‘Giant’, ‘The Treasure of Sierra Madre’, and ‘Citizen Kane’. It’s above all a masterpiece, wonderfully directed, superbly acted, and perfectly written. Daniel Day Lewis delivers a performance worthy of Marlon Brando, Al Pacino, and other movie titans. His depiction of Daniel Plainview is simply outstanding, a man moved by greed and hatred. His character is already one of the most charismatic villains of all times, one that would make Hannibal Lecter himself get goosebumps. Paul Dano also gives a surprisingly mature performance, showing that he has come a long way since he played the silent teenager in ‘Little Miss Sunshine’. Paul Thomas Anderson shows noticeable excellence behind the cameras, giving the world a lot of unforgettable scenes. The shocking finale is a proof of the movie’s excellence. Wonderful in all its aspects, ‘There will be Blood’ – nominated for 2 Golden Globes – is the best movie of the year and, quite possibly, of the decade.
Continue Reading
Advertisement
You may also like...
Related Topics:Daniel Day Lewis, Paul Thomas Anderson