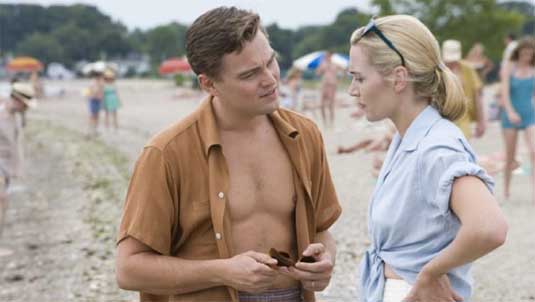 The second trailer for the upcoming drama “Revolutionary Road,” has been released. “Revolutionary Road” will be the first movie that reunites Leonardo DiCaprio and Kate Winslet as a couple after the highly-acclaimed “Titanic” in 1997. [flv]http://brightcove.vo.llnwd.net/d5/unsecured/media/301783424/301783424_2149380001_Revolutionary-Road-Sea-of-Love-Internet-TV-480.flv[/flv] Based on the celebrated novel by Richard Yates, directed by the Oscar winning Sam Mendes (the man behind “American Beauty” and “Road to Perdition) from the script by Justin Haythe, “Revolutionary Road” is the story of a young couple (Oscar nominees DiCaprio and Winslet) trying to find fulfillment in an age of conformity (mid-1950s). Trapped in a world of encoded convention, they dream without faith, as lies and self-deceptions build to explosive consequences. “Revolutionary Road” is scheduled to hit theaters on December 26th, 2008.
Continue Reading
Advertisement
You may also like...
Related Topics:Kate Winslet, Leonardo DiCaprio, Revolutionary Road, Sam Mendes