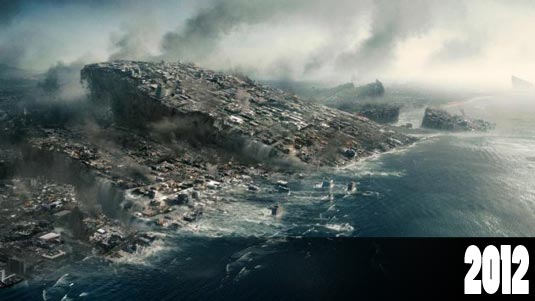 A new behind the scenes featurette has been released for upcoming Roland Emmerich film “2012,” starring John Cusack, Chiwetel Ejiofor, Amanda Peet, Oliver Platt, Thandie Newton, Danny Glover and Woody Harrelson. If you have seen the trailers and 5 minute preview for the film, then you may have noticed that a great deal of special effects are involved. Featurette centers the attention on the creation of one of the cataclysmic events, the massive tidal waves. It features commentary from the visual effect team as well as director Roland Emmerich. In “2012,” a large group of people must deal with natural disasters such as volcanic eruptions, typhoons and glaciers. The idea stems from the fact that the Mayan calendar ends in 2012, which could mean the end of the world. “2012” is scheduled to be released on November 13th, 2009.
Continue Reading
Advertisement
You may also like...
Related Topics:2012, Amanda Peet, Danny Glover, John Cusack, Oliver Platt, Roland Emmerich, Thandie Newton, Woody Harrelson