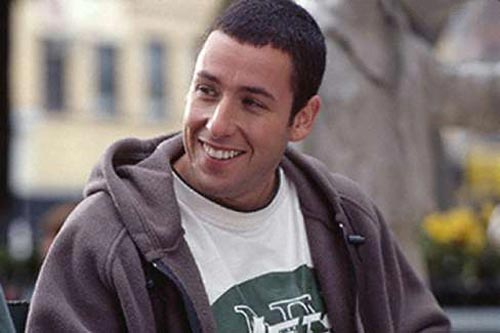 That’s exactly what Arteta revealed while doing the press rounds at Sundance Film Festival, so take it as something quite interesting and, kind-of official! “I’d love to do a movie with Adam Sandler that… someone said he was flirting with? It’s called ‘Fat Man’. I don’t know if you’ve heard about this? One of the main writers of The Simpsons wrote the script and it’s amazing. He would play an 800lb guy who has a love affair between him and his nurse. And he’s naked for the first half of the film… and it’s very touching… and it’s very funny,” Arteta said, and added: “So, I hope he gets the gumption to do it, and maybe I get a crack at that, that would be amazing. Certainly, it would be not a movie you would forget anytime soon… and it’s beautifully written. I don’t know if that’s meant to get out on the internet…” And now, even more details, because, according to Variety the movie will follow “…an 800-pound man who drops 600 pounds with the help of a nurse he finds more appealing than a Happy Meal. Script has dramatic overtones as the portly protagonist undergoes an emotional metamorphosis to rival the obvious physical changes. He’s a bright but bitter and bed-ridden guy whose infatuation with the nurse prompts him to drop weight. As he sheds the pounds, the man faces a king-sized dilemma: What if she doesn’t fall in love with him?” Col’s Doug Belgrad is shepherding the project, which is already being fast-tracked to directors and could be in production next year. Until that happens, let us know what you think about the whole Fat Man thing!
Continue Reading
Advertisement
You may also like...
Related Topics:Adam Sandler, Miguel Arteta