It looks like Gordon Shumway, better known by the acronym for Alien Life Form – ALF, may be making a comeback in movie form. Sony Pictures Animation has finalized a deal with Jordan Kerner who was involved with the production of the 2011 Smurfs movie and will take on the same duties with the ALF movie, along with Tom Patchett and Paul Fusco. The classic 1980s TV sitcom which ran from 1986-1990will be developed into a CG-live action hybrid feature. The title character who finds a home with a suburban family, who grow to love him, despite his sarcasm and his appetite for cats was voiced by Paul Fusco. Fusco said back in May:

I think the timing is right. That’s a big important thing, timing.There have been movies out there of characters that I didn’t think were on the same parallel as ALF that got movies made, so I think it’s time. I think it could be a home run on a lot of levels.

No screenwriter or director is attached to the ALF project yet. We’ll keep you updated as the story develops. 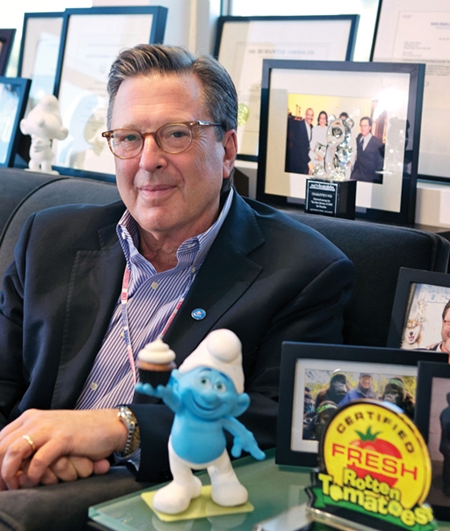