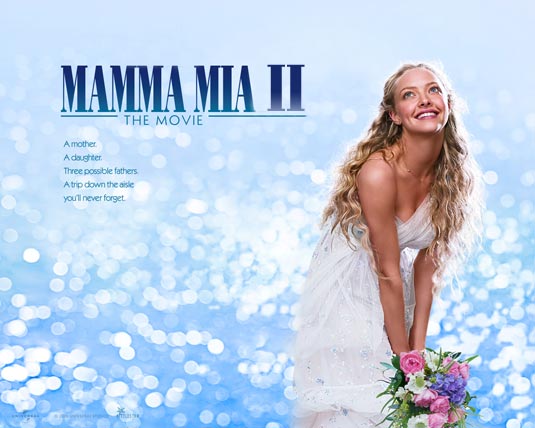 “Mamma Mia!” star Amanda Seyfried says plans are underway for a sequel to last year’s hit film based on the successful stage musical. Speaking to BBC Newsbeat, the actress explained that the film is still in the early stages.

“I’ve been talking to some insiders and it’s not something that they haven’t been working on,” she said. “I actually don’t know anything other than that.”

The film was inspired by the wildly popular ABBA jukebox stage musical of the same name co-starring Meryl Streep, Colin Firth and Pierce Brosnan. The film earned $500 million at the global box office.

“I know it’s still going to be ABBA music, because what else would it be? Come on, I wouldn’t do ‘Mamma Mia 2’ without (ABBA singer-songwriters) Benny (Andersson) and Bjorn (Ulvaeus.) I will do it. And I know Meryl’s game as well, so bring it on. It will be so cool.”

Even better, Seyfried says that Meryl Streep is eager to film a Mamma Mia! follow-up:

Let us know what you think in the comments…
Continue Reading
Advertisement
You may also like...
Related Topics:Amanda Seyfried, Meryl Streep