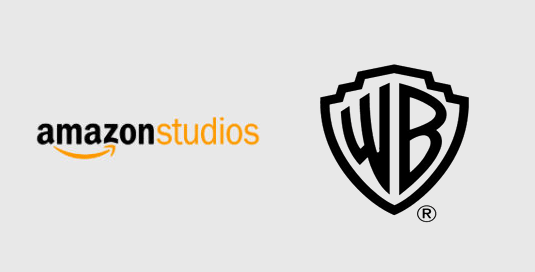 One of the largest web retailers on the planet, Amazon.com, has launched a film studio aimed at attracting aspiring filmmakers and screenwriters. Through the aptly named Amazon Studios, Amazon is offering filmmakers and screenwriters a total of $2.7 million in compensation for the upcoming year if their projects are selected. The company has made an agreement with Warner Bros. Pictures to develop and distribute the top submissions and release them as mainstream pictures. Amazon.com, Inc. today launched Amazon Studios, a new online business that invites filmmakers and screenwriters around the world to submit full-length movies and scripts to make money, get discovered and get their movie made. Through the monthly and annual Amazon Studios Awards, Amazon Studios will offer a total of $2.7 million to the top submissions received by Dec. 31, 2011, and will seek to develop the top Amazon Studio projects as commercial feature films under its first-look deal with Warner Bros. Pictures. Writers are invited to add scripts to Amazon Studios. Filmmakers are invited to add full-length test movies to Amazon Studios. Test movies may be made from your own original script or from any script submitted to Amazon Studios. Test movies must be full length (more than 70 minutes), but they don’t have to be “full budget.” While test movies must include imaginative stories with great acting and sound they don’t need to have theatrical-quality production value. Film fans can review Amazon Studios scripts and test movies, or even upload alternate, revised versions. Full-length test movies will introduce public test screenings to the earliest, formative stages of the movie development process; the Amazon Studios test movie process is intended to guide a film’s development and assess its potential. Amazon Studios has produced five test movie samples, in different styles and genres, which can be found on its Getting Started page.

“We are excited to introduce writers, filmmakers and movie lovers to Amazon Studios,” said Roy Price, Director of Digital Product Development. “Full-length test movies will show stories up on their feet and attract helpful feedback at an early stage. We hope that Amazon Studios will help filmmakers experiment and collaborate and we look forward to developing hit movies.”

It is the goal of Amazon Studios to produce new, full-budget theatrical films based on the best projects and it will give Warner Bros. Pictures first access to the projects Amazon Studios wishes to produce in cooperation with an outside studio. Under the Amazon Studios development agreement, if a filmmaker or screenwriter creates a project with an original script and it is released by Amazon Studios as a theatrical feature film, the submitter will receive a rights payment of $200,000; if the movie makes over $60 million at the U.S. box office, the original filmmaker or screenwriter will receive a $400,000 bonus. If Warner Bros. Pictures is not inclined to develop a particular project, Amazon Studios can then produce the project in cooperation with another studio. Winning screenplays and full-length test movies will be selected on the basis of commercial viability, which will include consideration of premise, story, character, dialogue, emotion and other elements of great movies. The first Amazon Studios industry panelists will include: screenwriter and chair, Writing Division of the USC School of Cinematic Arts, Jack Epps, Jr. (“Top Gun,” “Dick Tracy”), producer Mark Gill (former president of Miramax and Warner Independent Pictures), screenwriter Mike Werb (“Lara Croft: Tomb Raider,” “Curious George,” “Face/Off,” “The Mask”) and producer and chair, Production Division of the USC School of Cinematic Arts, Michael Taylor (“Bottle Rocket,” “The Pursuit of D.B. Cooper”).

“Amazon Studios is a great idea. Getting feedback is essential for creative artists to improve their work,” said Jack Epps, writing chair for USC School of Cinematic Arts. “By letting anyone submit a movie or screenplay to be considered for a major motion picture, Amazon Studios is really opening the doors to Hollywood.”

In the 2011 Annual Awards, Amazon Studios will award $100,000 to the best script and $1 million to the best movie submitted by December 31, 2011. To be eligible for the first monthly awards, test movies and scripts must be uploaded by January 31, 2011. Winners for the first monthly awards will be announced near the end of February 2011– $100,000 for the best full-length test movie and $20,000 each for the two best scripts. The rights payments associated with releasing a full-budget commercial film (the $200,000 referred to above) are separate from and come on top of any money awarded to top submissions through the monthly and annual Amazon Studios Awards. To learn more about Amazon Studios, check out their video:
Continue Reading
Advertisement
You may also like...
Related Topics: