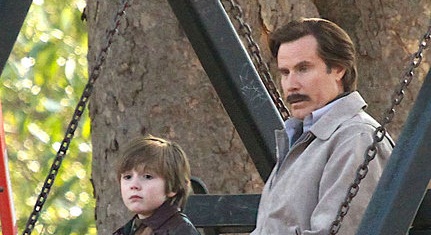 A new set photos have arrived from Piedmont Park in Atlanta, Georgia where Anchorman 2 filmed on Thursday. We’re left to wonder: Did Veronica Corningstone and Ron Burgundy stay together? Did they get married? Did they have kids? Given the fact we know that Christina Applegate will return for Anchorman: The Legend Continues and that director Adam McKay said there was a key phrase: ‘custody battle’ we think the kid in the photo is perhaps the anchorman’s son. The film also stars Paul Rudd, Steve Carell, David Koechner, Greg Kinnear, Josh Lawson, Dylan Baker, Kristen Wiig, James Marsden, Meagan Good, and Harrison Ford with a rumor that Vince Vaughn will be joining the cast soon for a minor role. Anchorman: The Legend Continues opens late this year on December 20th, 2013. Check out the photo of Will Ferrell as Burgundy sitting on a bench swing with a boy with unruly hair and rosy cheeks. 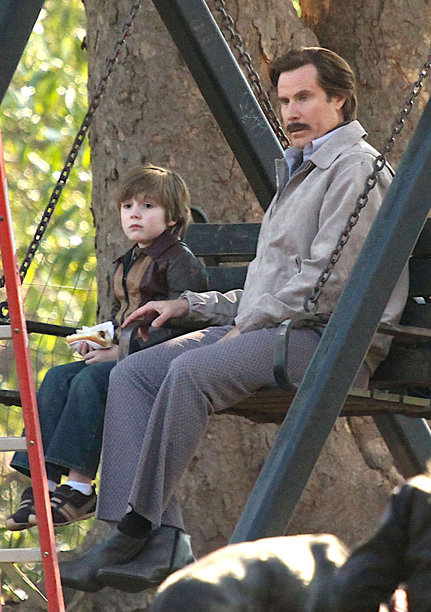 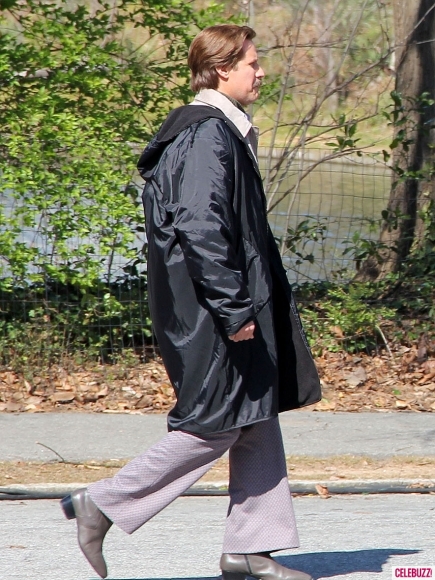 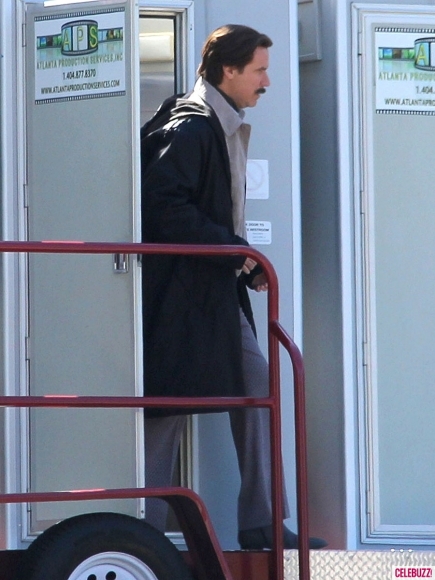