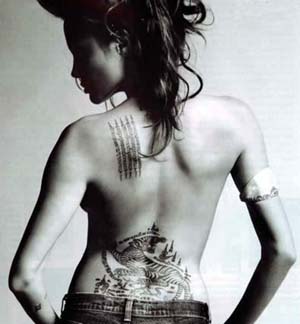 Angelina Jolie has revealed that she is “curious” about the status of a ”Sin City” sequel. Jolie was previously in talks to star in ”Sin City 2” as Ava Lord but the film has yet to materialise. “I found the first Sin City impressive, but I don’t know what they’re going to do with the next one to make it as original as the first one,” Jolie said in an interivew with MTV. Jolie also said about Sin City co-director Frank Miller: “I think he’s a genius,” she said. “I’d be curious.”
Continue Reading
Advertisement
You may also like...
Related Topics:Angelina Jolie, Frank Miller, Sin City