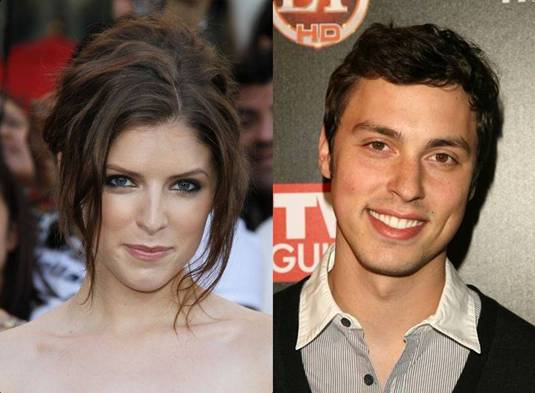 Do you know that Anna Kendrick and John Francis Daley are in final talks to join Craig Robinson in the post-apocalyptic sort-of-comedy Rapture-Palooza? Well, Rapture-Palooza is one of ten micro budgeted genre films Lionsgate plans to make per year. The story is set a year after the Rapture and half the world’s population has been sent out to the heaven spaceship. In between blood rainstorms and talking locusts and other fun post-religious apocalyptic events that religious folks are totally cool with letting the rest to suffer, main characters Ben and Lindsey are trying to run a sandwich shop. Matters cause a difficult situation became more awful when the Anti-Christ chooses Lindsay to be his new bride. Craig Robinson was previously signed on to play the Anti-Christ. The script was penned by Chris Matheson. He and Robinson also are exec producers. Commercial director Paul Middleditch is helming the flick. In spite of the inappropriate title the flick is apparently a comedic look at life in the fallout of a religious apocalypse, best illustrated as Zombieland meets The Big Lebowski. John Francis Daley, who will play the Ben’s character, is best known for playing Sam Weir on the comedy drama Freaks and Geeks and his current role as psychologist Lance Sweets on the series Bones. Daley’s got a successful screenwriting career since he co-wrote the script for the upcoming comedies Horrible Bosses and Burt Wonderstone. Last February he was signed up to co-write a remake of National Lampoon’s Vacation. Anna Kendrick, as Lindsey,  is best known for her role of Natalie Keener in the film Up in the Air. Her other big-screen credits include the films Rocket Science and Scott Pilgrim vs. the World. She also stars in The Twilight Saga. Kendrick will next be seen opposite Joseph Gordon-Levitt and Seth Rogen in the cancer dramedy 50/50. Check out trailers below. The third one belongs to movie similar to the Rapturepalooza concept. [youtube]http://www.youtube.com/watch?v=e7k6FwXJhNk[/youtube]

Up In The Air, trailer

Trailer – Jay and Seth vs. The Apocalypse