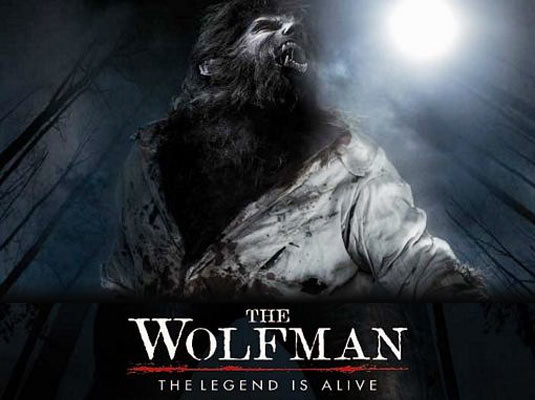 FilmoFilia has just received this new poster for The Wolfman. Based on the 1941 classic of the same name, “The Wolfman” tells of Lawrence Talbot (Benicio Del Toro), an actor who returns to the home of his estranged father (Anthony Hopkins) after the death of his brother. Familiar awkwardness becomes the least of his problems when he is attacked and bitten by a wolf and quickly takes on hairy, toothy qualities whenever the moon rises. “The Wolfman” also  stars Emily Blunt who plays Del Toro’s romantic interest in the film and Hugo Weaving. Directed by Joe Johnston (Honey, I Shrunk the Kids, Jurassic Park III, Hidalgo), the horror actioner is set to hit theaters on February 10, 2010. 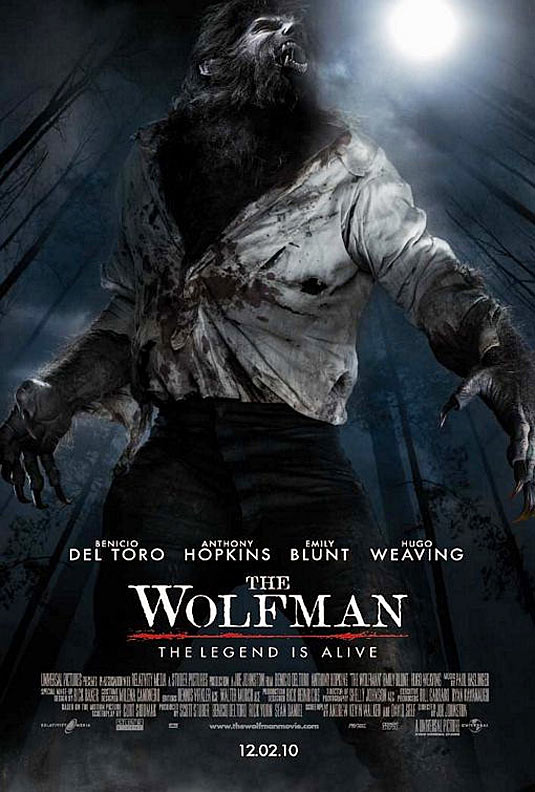