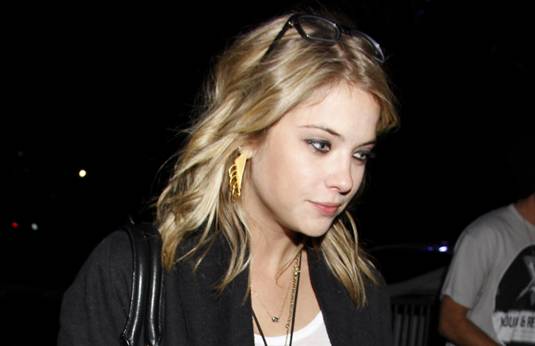 In what is shaping up to be the ultimate tween idols flick, the 24-year-old starlet has signed on to star in the indie Spring Breakers, alongside Selena Gomez and Vanessa Hudgens. Pretty Little Liars star Ashley Benson has joined the cast, replacing Emma Roberts, who fell out of project a couple of weeks ago. This high profile indie, written and directed by Harmony Korine is about four college-aged girls who rob a fast food restaurant in order to get money for their trip to the beach with ‘a rapping drug and arms dealer, who bails them out of jail and entices them to kill his arch-rival,’ who would be portrayed by James Franco. With Hudgens, Gomez and Benson set for three of the roles and filming set to begin in just a few weeks on February 12th starting date in Florida, the hunt is now on for the final girl. Selena recently had this to say about the gritty role:

It’s a different character than I have ever played before. It’s a different kind of vibe I think than people are used to seeing me in. What you’re going to see is more raw, I think. It’s going to be raw and more about acting.

Like many stars, Benson got her big break in soaps through playing Abby on Days of Our Lives for three years. She also appeared in one of the direct-to-video Bring it On sequels and has done various TV movies including Fab Five: The Texas Cheerleading Scandal and Christmas Cupid. However, Spring Breakers will be her first major role in a big screen feature film. Can’t wait! [youtube]http://www.youtube.com/watch?v=J08jGNzvGas[/youtube]