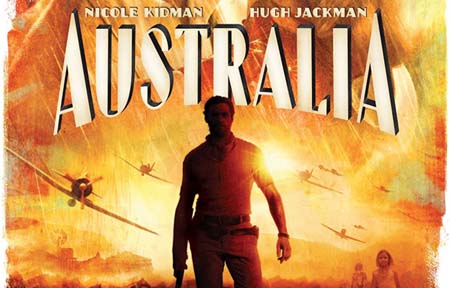 The third internationa trailer for “Australia” directed by Baz Luhrmann stars Nicole Kidman and Hugh Jackman, along with a supporting cast Bryan Brown, Jack Thompson, David Wenham, Barry Otto, Bill Hunter and John Jarrett has been released. ”Baz Luhrmann’s film is set in northern Australia prior to World War II and centers on an English aristocrat (Kidman) who inherits a cattle station the size of Maryland. When English cattle barons plot to take her land, she reluctantly joins forces with a rough-hewn stock-man (Jackman) to drive 2,000 head of cattle across hundreds of miles of the country’s most unforgiving land, only to still face the bombing of Darwin, Australia, by the Japanese forces that had attacked Pearl Harbor only months earlier.” “Australia” is scheduled to hit theaters on November 26, 2008. 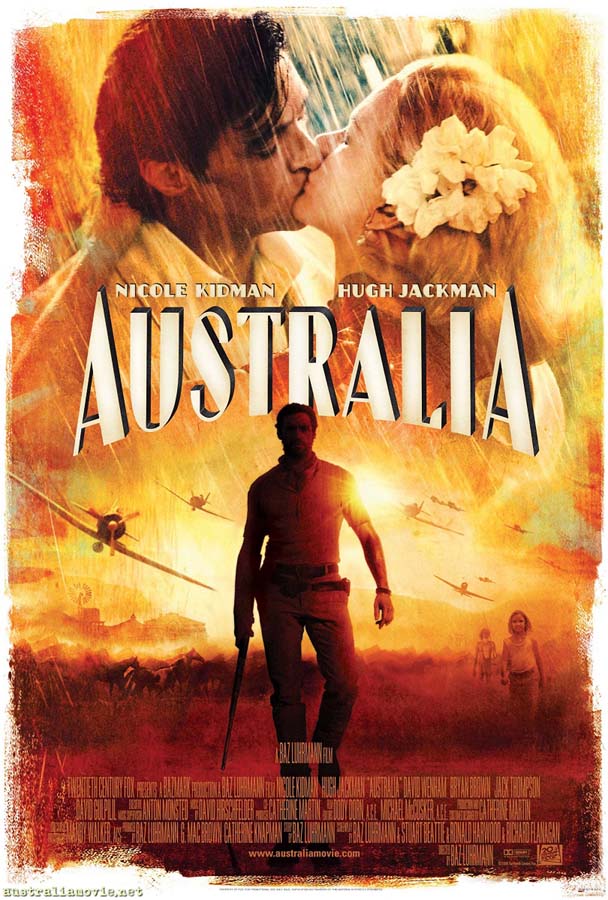