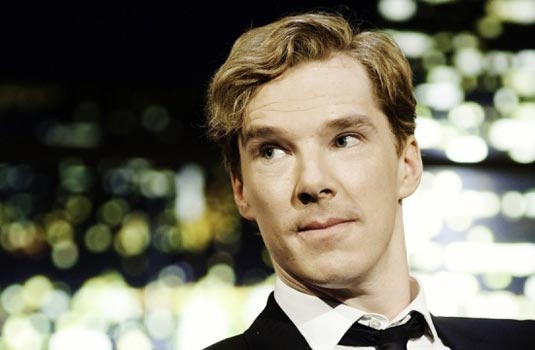 Who would have thought that a 36-year-old British actor, mainly seen in ‘stuffed-shirt’ roles on film and TV throughout the last decade, would go boom with 2010 reinvention of Arthur Conan Doyle’s Sherlock Holmes tale! Yes, I’m talking about Benedict Cumberbatch, who went from “zero (figuratively, of course) to having his own ‘Cumberbitches’ fan-army” and a neck-full schedule for couple of years in advance – we’ve seen him in Tinker Tailor Soldier Spy and Parade’s End, we’ll hear him in The Hobbit as Smaug, and we’ll see him in Star Trek Into Darkness, Twelve Years a Slave and August: Osage County. Also, there is talk (and we reported earlier) that he might land a role of Julian Assange in a biopic, and now he’s signed on to play the Beatles’ manager Brian Epstein in a new biopic, which will be scripted by Todd Graff. The film will focus on Epstein and his secretive gambling and drug addiction, which caused him to pass away of an accidental overdose in 1967. The film will be directed by Paul McGuigan (Lucky Number Slevin, and also directed several episodes of Sherlock) and produced by Tom Hanks. Now there’s only the small problem of finances, so when that is solved and Cumberbatch is finished with the third season of Sherlock (starts shooting early next year), we can expect it to begin rolling out – probably not until the mid-2013, so stay tuned!
Continue Reading
Advertisement
You may also like...
Related Topics:Arthur Conan Doyle, August: Osage County, Beatles, Benedict Cumberbatch, Julian Assange, Paul McGuigan, Sherlock, Star Trek, Star Trek Into Darkness, The Hobbit, Tinker Tailor Soldier Spy, Tom Hanks, Twelve Years a Slave