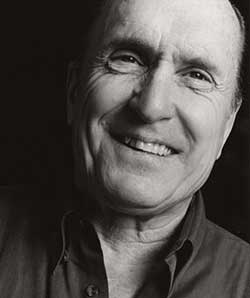 Ok guys, here’s something great and we want your full attention! Jayne Mansfield’s Car is an upcoming Billy Bob Thornton‘s project that will have an awesome cast.

And when we say that, we actually mean that Robert Duvall is already on board, and that, according to the latest reports, John Hurt, Kevin Bacon, Robert Patrick, Ray Stevenson and John Patrick Amedori are about to join him as well!

Thornton co-wrote the whole thing with his writing partner Tom Epperson, and, at this moment we know that Jayne Mansfield’s Car is actually “a comedy with dramatic overtone that revolves around the culture clash of two families, from different continents, in 1969.”

At least, that’s how guys from Deadline describe the whole thing.

Or, as Robert Duvall previously explained:

“It’s about a guy in between WWI and WWII who raises a family after his wife left him for an Englishman and moved to England…When the wife dies, she asks to be brought back to Alabama to be buried, and at that point the character hasn’t seen her in 20 or 30 years.

The two families – her original family she abandoned and her English family – meet and then things get really interesting.”

AR Films is funding the project, which is set to start shooting on June 22nd in Georgia.

Let us know what you think about it, and make sure you stay tuned for more updates!