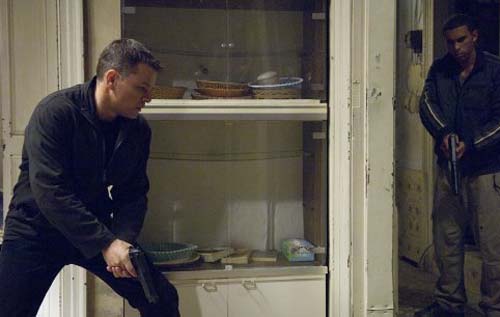 In early 2008, there were some rumors around the possibility of Universal Pictures making another “Bourne” movie. “Bourne” producers Frank Marshall and Tom Crowley recently unveiled that the speculation is true. Marshall and Crowley confirmed to IESB that the fourth Bourne film is indeed on the way. “Hopefully we will be shooting next summer for release in 2010, ” Marshall said. On the story, Marshall suggested that they have been working on the storyline because the fourth novel is not being written by Robert Ludlum. “There was a fourth book written, but it was not by Mr. Ludlum. So we’re probably going to take our own direction and we’re working on what that storyline’s gonna be right now.” About whether Bourne will return to America the producer said: “I think he’s headed down south. I think he’s headed to South America.”
Continue Reading
Advertisement
You may also like...
Related Topics:Bourne 4, Frank Marshall, Matt Damon