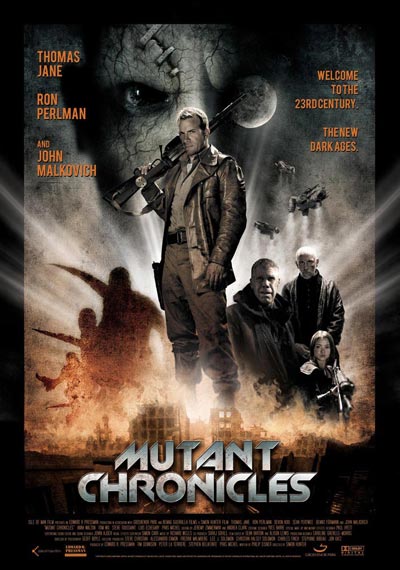 Today we have poster for the upcoming film “The Mutant Chronicles“.  The film is directed by Simon Hunter and stars Thomas Jane, Ron Perlman, Devon Aoki and John Malkovich. The story takes place in a time when the earth perilously balances on the brink of devastation as war, famine, and plague grip the age of man. A time when a menacing threat is uncovered that could destroy our world forever. The grit of World War One and modern day desperation combine to reveal a vision that is dark and moody, yet alluring. It is a militaristic nightmare…and a labyrinth of death. “The Mutant Chronicles” is scheduled to be released  December 11th 2008 (Russia), in US we don’t know yet. [Raw Studios forum]
Continue Reading
Advertisement
You may also like...
Related Topics: