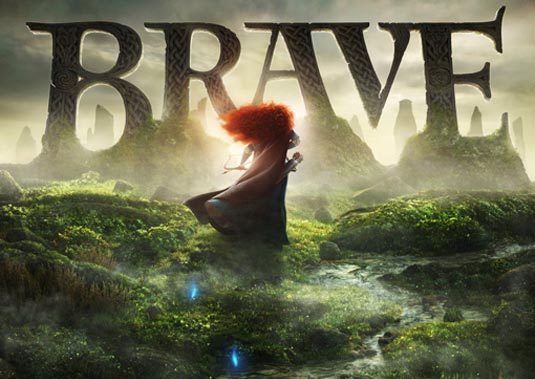 From Disney/Pixar comes the first poster for their summer 2012 release, Brave. Hit the jump to check out the poster. Synopsis: The film features Kelly Macdonald as the voice of Merida, a skilled archer and the daughter of King Fergus (voice of Billy Connolly) and Queen Elinor (voice of Emma Thompson). Determined to carve her own path in life, Merida defies an age-old custom sacred to the uproarious lords of the land: massive Lord MacGuffin (voice of Kevin McKidd), surly Lord Macintosh (voice of Craig Ferguson) and cantankerous Lord Dingwall (voice of Robbie Coltrane). Merida’s actions inadvertently unleash chaos and fury in the kingdom, and when she turns to an eccentric old Wise Woman (voice of Julie Walters) for help, she is granted an ill-fated wish. The ensuing peril forces Merida to discover the meaning of true bravery in order to undo a beastly curse before it’s too late. The film is directed by Brenda Chapman and Mark Andrews. Brave will hit theaters on June 22, 2012. [source: EW] 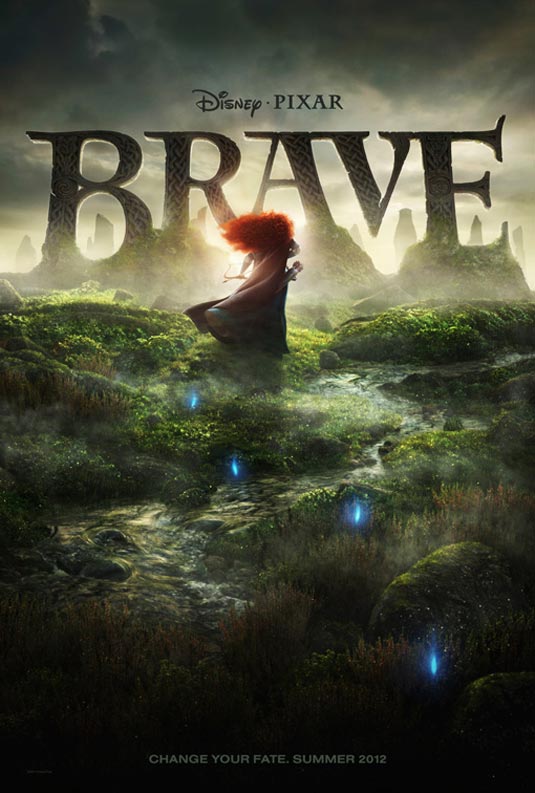