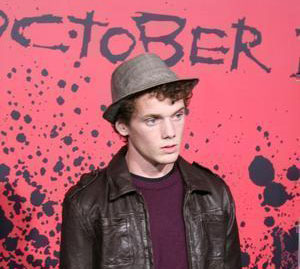 Anton Yelchin (Charlie Bartlett) is in negotiations to star as post-apocalyptic warrior Kyle Reese in director McG’s new Terminator movie, says The Hollywood Reporter. David Campbell Wilson, John Brancato and Michael Ferris wrote the screenplay though scribe Paul Haggis may be coming on board for a rewrite and some additions.Yelchin will play a teen version of Reese, the man who fathered world savior John Connor in the original “Terminator” film. Christian Bale will play John Connor in the film, produced by the Halcyon Co. and set for a Warner Bros. release on May 22, 2009. Reese, one of the children who survived a machine-driven nuclear holocaust, befriends Marcus (Sam Worthington), an early edition of the Terminator cyborg played in previous films by Arnold Schwarzenegger. In McG’s film, the character is a young version of the one played by Michael Biehn, who traveled back in time in the original to impregnate Sarah Connor (Linda Hamilton) and father the world’s future savior. The film picks up with their son (Bale), now in his 30s, fighting desperately to save a decimated civilization against machines that have taken control. Terminator will hit theaters May 22, 2009.
Continue Reading
Advertisement
You may also like...
Related Topics: