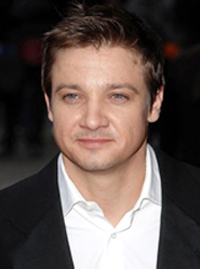 By Virtue Fall update! If you’re a Colin Farrell fan, then maybe you should skip this one, because, the latest news from Hollywood confirm that the Irish actor is out of the upcoming Sheldon Turner‘s project. Now, Farrell could be replaced by The Hurt Locker star, and quite busy actor these days, Jeremy Renner. We previously reported that the movie will follow “a professional and personal relationship between two characters that evolves from friendship to betrayal and retribution.” But, we have some new details about the plot as well: “The story centers around two federal agents. The first is Matthew Vanetti. He’s the Golden Boy, the one with the bright future, the one who does everything by the book. Matt’s partner and good friend is Danny Sloan. Danny is a drunk, a fuck-up, a corrupt agent who can be bought with a hot cup of coffee and a jar of applesauce… Unbeknownst to Matt, Danny is selling federally confiscated firearms to the big badass in town, Jericho Trower… The feds find out and think Matt is responsible for dealing the guns to Jericho, not Danny. As a result, Matt gets sent off to jail for five years, losing his job, his reputation, and even his girlfriend, who apparently only loves him until he’s behind bars.” The film co-stars Eric Bana and it will mark Sheldon Turner’s directorial debut, although we’re familiar with his name from last year’s Up in the Air, which he co-wrote with Jason Reitman. On the other hand, Renner is one of the most in-demand actors around. We just learned that he’s up for the role of Hansel in Hansel And Gretel: Witch Hunters, and is also attached to appear in director Paul Thomas Anderson‘s The Master and Marvel’s upcoming superhero film The Avengers. And, of course, not to mention his commitment in the forthcoming Mission: Impossible, where he’ll appear alongside Tom Cruise. So does this mean Renner will definitely replace Farrell? Well, let’s wait and see!
Continue Reading
Advertisement
You may also like...
Related Topics:By Virtue Fall, Colin Farrell, Eric Bana, Jeremy Renner, Sheldon Turner