Connect with us
In another sign that the town is waking up from the slumber brought on by the WGA strike, Columbia has pre-emptively plunked down low-seven figures for “The Long Run,” a spec by scribe Stephen Belber. 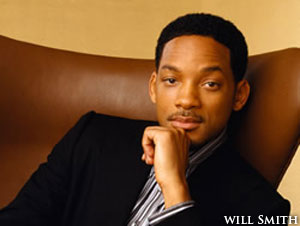 Will Smith will produce via his Overbrook banner. Also producing are Overbrook’s James Lassiter and Ken Stovitz. Smith is not attached to star. The script centers on a journalist who helps exonerate a highly charismatic death row inmate of a crime he didn’t commit. When the former inmate is recruited to run for elected office, the journalist leaves his post to orchestrate his rise to political prominence but soon faces a crisis of conscience as he discovers that his friend might be guilty of murder after all.

This script is timely and provocative with two great parts,” said Columbia president Doug Belgrade, who also praised the company’s long-standing relationship with Overbook and cited its work on “The Pursuit of Happyness” as making them “the perfect producer for this dramatic material.

Playwright Belber wrote the script before directing his feature debut, the Jennifer Aniston romantic comedy “Management,” which he helmed during the strike. His reps at ICM waited until the appropriate time after the strike to package it. Belgrade will oversee the project. Overbrook’s Jeff Sommerville brought the project into the company. Belber (“The Laramie Project“) wrote the high-flying spec “The Power of Duff“, which is set up at Universal and has Jamie Foxx attached to star. MGM releases “Management” in September.
Continue Reading
Advertisement
You may also like...
Related Topics:Will Smith