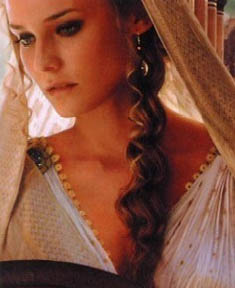 Diane Kruger has admitted that she doesn’t like her breakthrough movie Troy. Kruger said: “You can’t tell whether or not I can act from Troy. It kind of sucked to be honest.” Kruger played Helen of Troy in the 2004 Illiad epic opposite Brad Pitt, Orlando Bloom and Eric Bana and wasn’t happy with the type of roles offered to her after its release. “I was just starting out and didn’t want to play all the parts I was subsequently offered in these big movies. I had to get out,” Kruger explained. The 31-year-old star added that Hollywood isn’t interested in acting talent. “What counts in Hollywood is box office,” Kruger explained. “It doesn’t really matter what people think of you as an actor because, as long as you have been in a movie that has made money, you will always get another job.”
Continue Reading
Advertisement
You may also like...
Related Topics:Brad Pitt, Diane Kruger, Eric Bana, Orlando Bloom