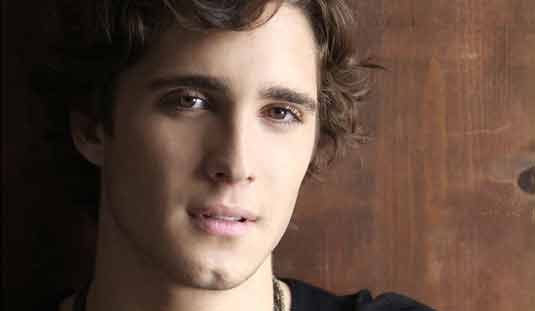 So, anyone out there ever imagined how would Adam, the first man on Earth, look like in 2011? Stop imagining, guys, we have our Adam! Believe it or not, but it’s Rock of Ages star Diego Boneta, who is in final negotiations to play Adam in the upcoming Alex Proyas‘ heavenly epic titled Paradise Lost! Anyone surprised? What the hell (heaven?), if negotiations work out he will join the cast which already includes Bradley Cooper and Ben Walker and that’s enough for our young Adam! As you already know, Paradise Lost centers on the ultimate battle between good and evil when a banished Lucifer mounts an army against the forces of Heaven. This project is actually a big-budget adaptation of John Milton‘s 17th Century poem and Stuart Hazeldine developed the primary draft of the screenplay, originally written by Byron Willinger and Philip de Blasi. On the other hand, Variety reports that Lawrence Kasdan provided a polish as well as Ryan Condal, who delivered the most recent draft. And we thought that up there in heaven they hate hard work? So, by now we have Bradley Cooper and Ben Walker on board to play warring archangels Lucifer and Michael, and now Boneta as Adam, but let me also remind you that the rest of the cast includes Casey Affleck as the angel Gabriel, Djimon Hounsou as the Angel of Death, Callan McAuliffe and Dominic Purcell. Legendary Pictures is behind the whole thing, and they are looking to release the 3D film until the end of 2013.
Continue Reading
Advertisement
You may also like...
Related Topics:Alex Proyas, Bradley Cooper, Callan McAuliffe, Casey Affleck, Diego Boneta, Djimon Hounsou, Dominic Purcell, Paradise Lost