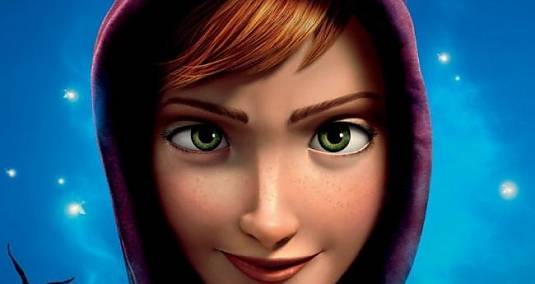 The last time we talked about the upcoming action-adventure comedy Epic, we shared some pretty cool images from the whole thing (hope you enjoyed?) Today, we’re here to share even more! Unfortunately, still no clips and TV spots for this fantastical story (except that first official trailer), but at least we have some beautiful new images and posters, and as usual – we definitely recommend you to check them all out in the rest of this report!

Directed by Chris Wedge, this 3D CG action-adventure comedy is described as a battle deep in the forest between the forces of good and evil, and follows a teenage girl named Mary Katherine who finds herself in a secret world, where she must help a team of fun and whimsical characters to save their world.

From the creators of Ice Age and Rio, Epic tells the story of an ongoing battle between the forces of good, who keep the natural world alive, and the forces of evil, who wish to destroy it. When a teenage girl finds herself magically transported into this secret universe, she teams up with an elite band of warriors and a crew of comical, larger-than-life figures, to save their world…and ours.

Epic stars the voices of Amanda Seyfried, Colin Farrell, Josh Hutcherson, Christoph Waltz, Steven Tyler, Aziz Ansari, Pitbull, Jason Sudeikis and Beyoncé Knowles, and as we previously reported – 20th Century Fox will release the movie on May 24th, 2013. Click on the images & posters for a better look, and let us know what you think!