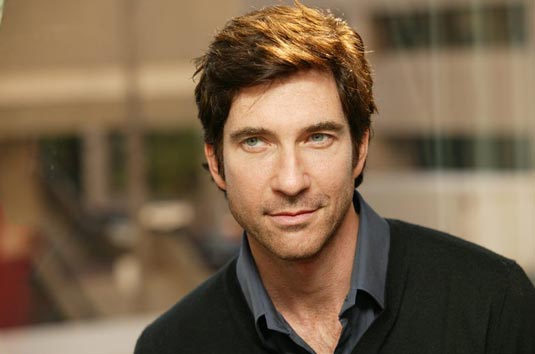 We’ve known for a while now that Gerard Butler would be protecting the president as a secret service agent in the upcoming Antoine Fuqua‘s action flick, Olympus Has Fallen, but today we hear word that he won’t be the only one: Dylan McDermott has taken a part as a secret service agent, too. We also reported that the story has been described as ‘Die Hard in the White House’ and is based on a spec script written by Creighton Rothenberger and Katrin Benedik. The project has been moving along swiftly in recent weeks, as Roland Emmerich is developing a very similar project called White House Down with Channing Tatum. In the last week alone the production has hired both Aaron Eckhart, who will be playing the President of the United States, and Angela Bassett. The movie will be Fuqua’s first since 2009’s Brooklyn’s Finest. McDermott has spent a lot of time on television in recent years, playing major roles on series such as Big Shots, Dark Blue and, most recently, American Horror Story, but has started getting back into the features game. At this year’s Sundance Film Festival he starred alongside Olivia Thirlby, John Krasinski, Rosemarie DeWitt and Jane Levy in the indie drama Nobody Walks, and has two more big titles coming out later this year in Jay Roach’s The Campaign as well as the highly anticipated adaptation of the young adult novel The Perks of Being A Wallflower.
Continue Reading
Advertisement
You may also like...
Related Topics:Aaron Eckhart, Angela Bassett, Antoine Fuqua, Channing Tatum, Die Hard, Dylan McDermott, Gerard Butler, Jane Levy, Jay Roach, John Krasinski, Olivia Thirlby, Olympus Has Fallen, Roland Emmerich, Rosemarie DeWitt, Sundance Film Festival, The Campaign, The Perks of Being a Wallflower, White House Down, Young Adult