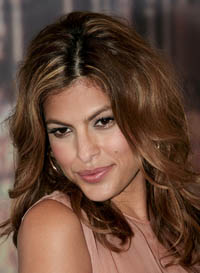 Eva Mendes is in talks to join the ”The Bad Lieutenant” directed by Werner Herzog, also starring Nicolas Cage. The remake of ”The Bad Lieutenant” is being fast-tracked for a July shoot and the producers are in talks to film in New Orleans. Abel Ferrera directed and co-wrote the 1992 original, which earned Harvey Keitel an Independent Spirit Award for his performance as a drug-addled, gambling sex addict who investigates the rape of a nun. The new version is based on a screenplay from William M Finkelstein, a seasoned television writer whose credits include LA Law and NYPD Blue, and gives the conflicted officer a name – Terence McDonough – as he investigates the killing of five Senegalese immigrants.
Continue Reading
Advertisement
You may also like...
Related Topics:Eva Mendes, Nicolas Cage, Werner Herzog