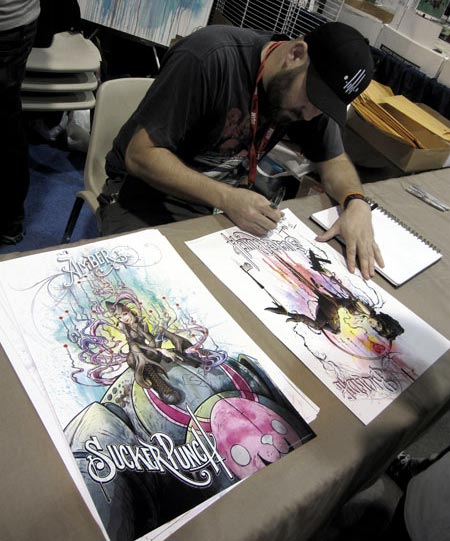 Sucker Punch taking place inside the mind of a young woman trapped in a mental institution, she and a band of four other prisoners must battle their way to freedom. But what lies in their path is not just doctors and security guards, but German soldiers, futuristic robots, and a world of deep fantasy. That’s just what the movie’s newest banner tries to get across.