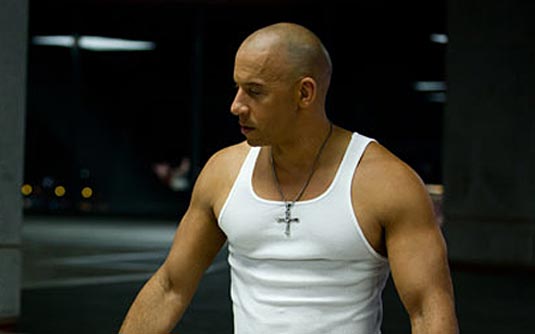 Check out a new photo of  Paul Walker and Vin Diesel for the upcoming movie Fast & Furious 6. Jordana Brewster is back for more action in Fast Six. Dwayne Johnson, Luke Evans, Michelle Rodriguez, Gina Carano, and Gal Gadot round out the cast. The film is directed by Justin Lin (Annapolis, Tokyo Drift, Fast & Furious, Fast Five). In the sixth installment of Universal’s ‘Fast and Furious’ street-racing/heist franchise, Dominic (Vin Diesel), Brian (Paul Walker) and the crew find themselves on the wrong side of the law once again as they try to pull off a high-octane heist on the streets of Europe – with federal agent Luke Hobbs (Dwayne Johnson) hot on their tails. Diesel shared that the film’s first trailer will be debuted during the Super Bowl XLVII on Sunday, February 3rd. Fast & Furious 6 is scheduled for release on May 24th, 2013.