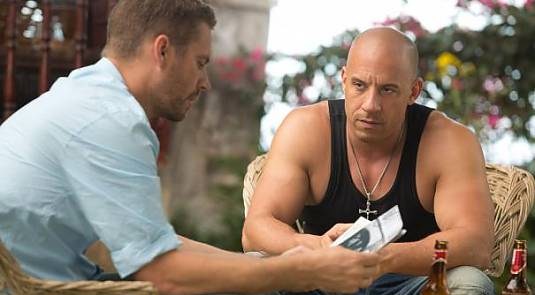 Straight from 2013 MTV Movie Awards comes an exclusive 30-second Fast & Furious 6 clip! Sorry, I mean: action-filled clip! ‘Cause when Vin Diesel says: We’re going to need cars. Make sure they’re fast – you know it’s time to speed things up! Check out the video in the rest of this report and better make it fast! Director Justin Lin and screenwriter Chris Morgan stand behind the sixth installment in the Fast and the Furious film series which stars Vin Diesel, Paul Walker, Dwayne Johnson, Michelle Rodriguez and Jordana Brewster. They are (obviously) more than ready for the most dangerous adventure yet, and just in case you forgot the official synopsis for the movie:

Since Dom and Brian’s Rio heist toppled a kingpin’s empire and left their crew with $100 million, our heroes have scattered across the globe. But their inability to return home and living forever on the lam have left their lives incomplete. Meanwhile, Hobbs has been tracking an organization of lethally skilled mercenary drivers across 12 countries, whose mastermind is aided by a ruthless second-in-command revealed to be the love Dom thought was dead, Letty. The only way to stop the criminal outfit is to outmatch them at street level, so Hobbs asks Dom to assemble his elite team in London. Payment? Full pardons for all of them so they can return home and make their families whole again.