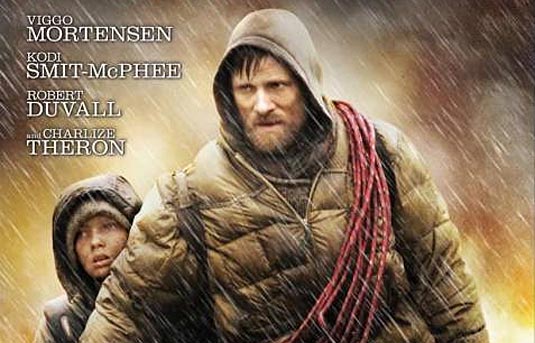 A final poster for post-armageddon epic “The Road“, starring Viggo Mortensen, Kodi Smit-McPhee, Charlize Theron, Guy Pearce and Robert Duvall has been released. A father (Mortensen) and his son (Kodi Smit-McPhee) walk alone through burned America. Nothing moves in the ravaged landscape save the ash on the wind. It is cold enough to crack stones, and, when the snow falls it is gray. The sky is dark. Their destination is the coast, although they don’t know what, if anything, awaits them there. They have nothing: just a pistol to defend themselves against the lawless bands that stalk the road, the clothes they are wearing, a cart of scavenged food and each other.   Director John Hillcoat (The Proposition) led the production, based on a screenplay by Joe Penhall and Nick Wechsler. “The Road” opens November 25th. 2009. [source: ComingSoon] 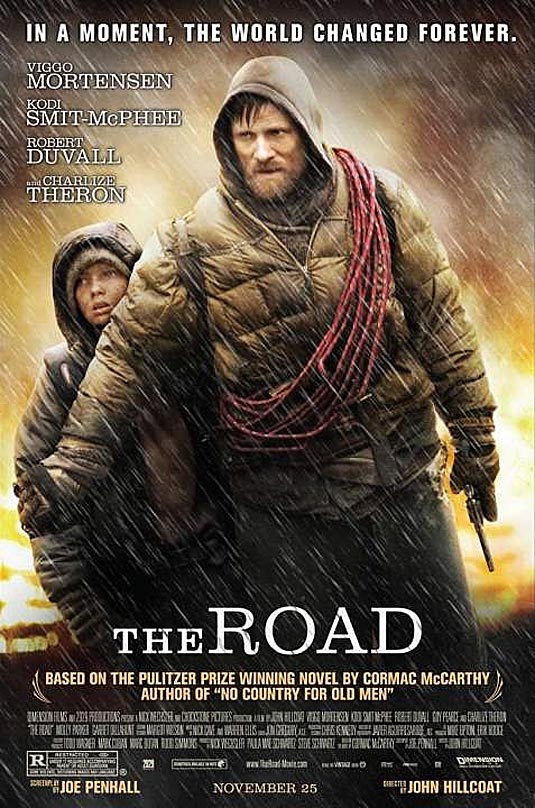