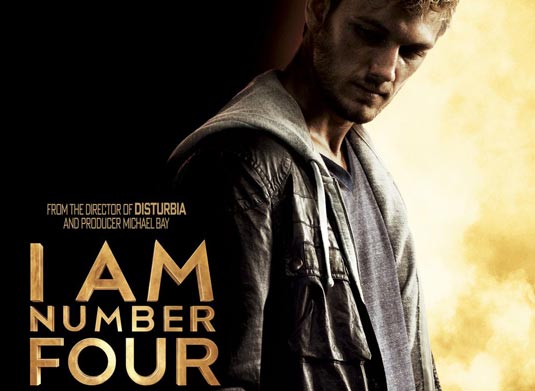 Disney/DreamWorks has released the first poster for the sci-fi action thriller I Am Number Four directed by D.J. Caruso (Eagle Eye, Disturbia) and starring Alex Pettyfer, Timothy Olyphant, Teresa Palmer, Dianna Agron, Kevin Durand, and Callan McAuliffe. An extraordinary young man, John Smith, is a fugitive on the run from ruthless enemies sent to destroy him. Changing his identity, moving from town to town with his guardian Henri, John is always the new kid with no ties to his past. In the small Ohio town he now calls home, John encounters unexpected, life-changing events — his first love, powerful new abilities and a connection to the others who share his incredible destiny. I Am Number Four comes to theaters February 18th, 2011.