The first poster for Ivan Reitman‘s No Strings Attached has been released. Let’s see, a guy and girl try to keep their relationship strictly physical, but it’s not long before they learn that they want something more. Ok, we could say nothing particularly special, but don’t forget that the movie has fantastic Natalie Portman. She has five movies due in the next six months: Black Swan, Hesher, Your Highness, Thor and this comedy. Working opposite Ashton Kutcher, Portman stars that girl who engages in a casual affair with her friend. In the Reitman’s upcoming romantic comedy written by Elizabeth Meriwether, Portman and Kutcher’s characters are best friends who decide to embark on a relationship of casual sex. Their friends with benefits plan gets a little complicated when one of them starts to fall in love with the other and yearns for a real relationship. Director Reitman said that the movie speaks to the kinds of sexual relationships young people have today: “I noticed from my own kids that with this generation in particular, young people find it easier to have a sexual relationship than an emotional one. That is how the sexes deal with each other today.” The movie also stars Olivia Thirlby, Greta Gerwig, Ophelia Lovibond, Lake Bell, Kevin Kline and Cary Elwes among others. No Strings Attached comes to theaters January 21st, 2011. 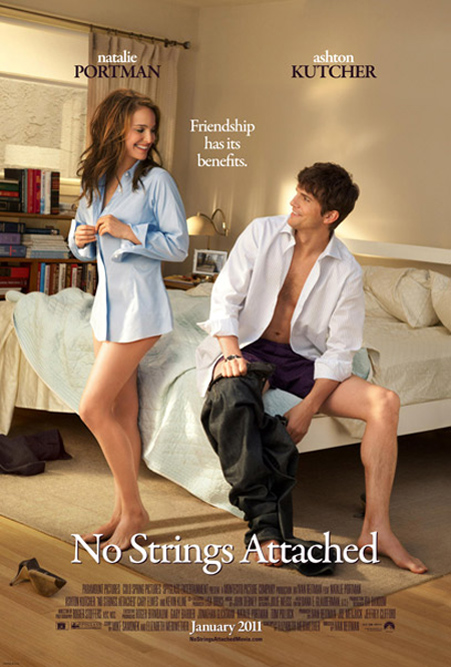