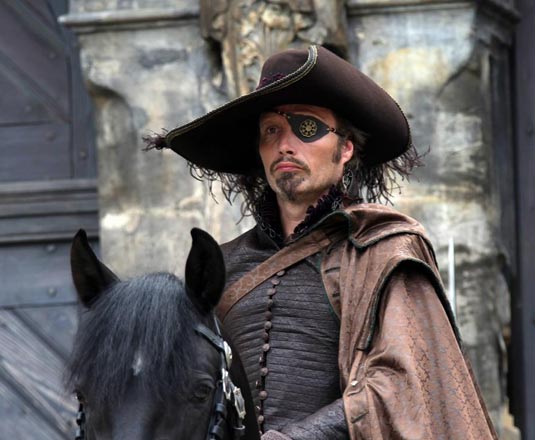 The first images from director Paul W.S. Anderson‘s upcoming adaptation of Alexandre Dumas’ classic The Three Musketters have appeared online. The set photos offer us our first look at Mads Mikkelsen as Rochefort, Logan Lerman as D’Artagnan and Anderson himself. The story of The Three Musketeers, published in 1844 , centers on D’Artagnan (Lerman), a young man who leaves home to become a member of the fighting force of the French king’s royal household. Along the way, he makes friends with three of the force’s best — and most disgraced — members: Athos, Porthos and Aramis, whose creed of friendship is “All for one and one for all!”. Hit the jump to check out the images.