Connect with us
It looks like the first review of the highly anticipated summer blockbuster The Dark Knight has hit the web! Thanks to IESB reader Dave for giving us the heads up on this one. Jett over at Batman-on-Film found a review online, although written completely in Portuguese, and had a reader translate it roughly. 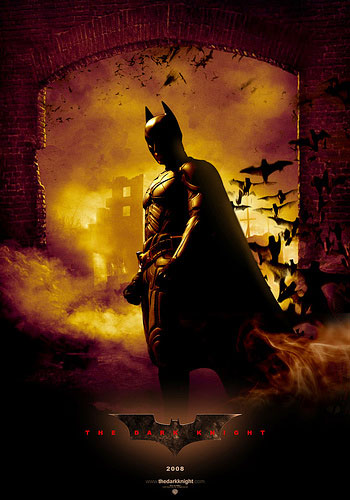 I say roughly because it’s kind of hard to follow, here’s an excerpt,

The cast is awesome, Michael Caine and Morgan Freeman stealing scenes in which all are present. Maggie Gyllenhaal fantastic replacing Katie Holmes and Aaron Eckhart as a great surprise as the politician with a heart of gold whose personality changes after a horrible accident. Another surprise is Eric Roberts as the mobster he knows so well how to do. Christian Bale solid as ever, cool since Bruce Wayne is a rich playboy and Batman is the opposite. The film plays a lot with this duality, all the characters are complex, has ambiguities, very interesting and delicate here.

For the complete review, with spoilers, some pretty major ones that I did not post here, head over to Batman-On-Film and tell Jett IESB sent ya!
Continue Reading
Advertisement
You may also like...
Related Topics:Batman, The Dark Knight