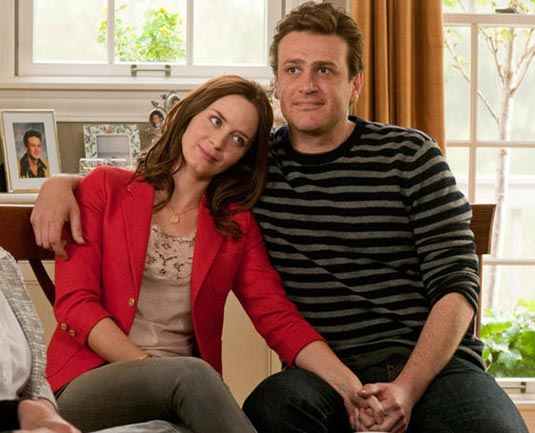 The Five-Year Engagement is an upcoming Nicholas Stoller‘s comedy with some great cast on board. Ok, I say this for almost every movie these days but when it comes to this project I guess that Jason Segel and Emily Blunt are enough to keep you interested. And that’s exactly why you should check the first trailer for the whole thing right now! So, what’s so interesting about this movie? First of all, we know it comes from director of Forgetting Sarah Marshall which is good for the start. Then, they promise us that we’ll find an answer on what happens when an engaged couple (played by Segel and Blunt) keeps getting tripped up on the long walk down the aisle. The good thing as well is that some serious team is on board for this comedy and when I say serious I actually mean that Segel and Stoller are behind the story while producers Judd Apatow and Rodney Rothman obviously did their job perfectly. The rest of the cast includes Alison Brie, Mindy Kaling and Jacki Weaver and the movie is set to hit theaters on April 27th, 2012. The whole thing looks so fun, hope you enjoyed!
Continue Reading
Advertisement
You may also like...
Related Topics:Alison Brie, Emily Blunt, Five-Year Engagement, Jason Segel, nicholas stoller