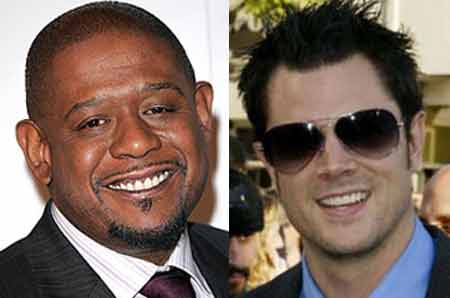 The Last Stand, yeah, it’s been awhile, but today we’re here for a little update! And trust me, you’re going to love this one, because it looks that we have some serious cast on board for the whole thing. Forest Whitaker and Johnny Knoxville have signed on to star next to Arnold Schwarzenegger, while the rest of the cast includes Eduardo Noriega, Harry Dean Stanton, Rodrigo Santoro, Zach Gilford, Jamie Alexander and Luis Guzman. It’s not bad at all! As you already know, Kim Jee-Woon is directing The Last Stand from a spec script by Andrew Knauer that was subsequently rewritten by Jeffrey Nachmanoff. The shoot starts today, and will take place across locations in New Mexico and Nevada. Schwarzenegger stars as Sheriff Owens, a man who has resigned himself to a life of fighting what little crime takes place in sleepy border town Sommerton Junction after leaving his LAPD post following a bungled operation that left him wracked with failure and defeat after his partner was crippled. After a spectacular escape from an FBI prisoner convoy, the most notorious, wanted drug kingpin in the hemisphere is hurtling toward the border at 200 mph in a specially outfitted car with a hostage and a fierce army of gang members. He is headed, it turns out, straight for Summerton Junction, where the whole of the U.S. law enforcement will have their last opportunity to make a stand and intercept him before he slips across the border forever. At first reluctant to become involved, and then counted out because of the perceived ineptitude of his small town force, Owens ultimately accepts responsibility for one of the most daring face offs in cinema history. Stay tuned for more updates on The Last Stand!
Continue Reading
Advertisement
You may also like...
Related Topics:Arnold Schwarzenegger, Eduardo Noriega, Forest Whitaker, Jeffrey Nachmanoff, johnny knoxville, Kim Jee-woon, Rodrigo Santoro, The Last Stand, Zach Gilford