The international trailer for 72-year-old  Francis Ford Coppola‘s upcoming gothic thriller Twixt, featuring Val Kilmer and Elle Fanning in the tale of a burnt out writer attempting to solve the murder of a young girl. The film centers around a writer [Kilmer] with a declining career arrives in a small town as part of his book tour and gets caught up in a murder mystery involving a young girl [Fanning]. That night in a dream, he is approached by a mysterious young ghost named V. He’s unsure of her connection to the murder in the town, but is grateful for the story being handed to him. Ultimately he is led to the truth of the story, surprised to find that the ending has more to do with his own life than he could ever have anticipated. Additional cast include David Paymer, Ben Chaplin, Alden Ehrenreich, Bruce Dern, Tom Waits, Joanne Whalley, and Don Novello. At this point, Twixt does not carry a release date. 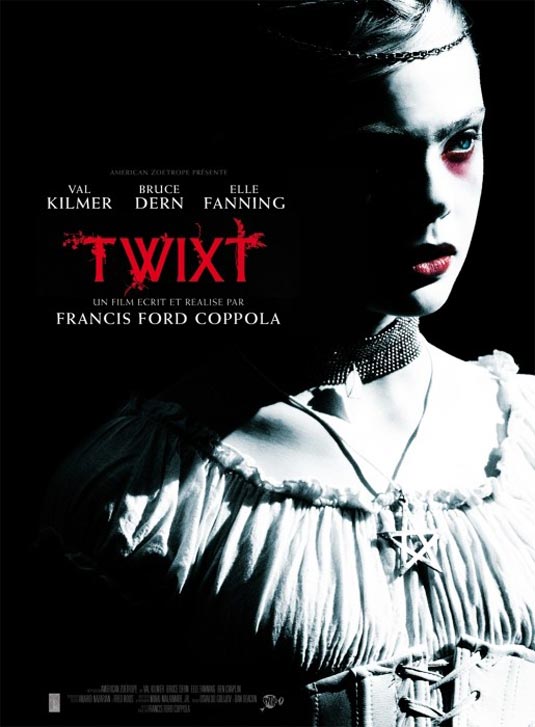