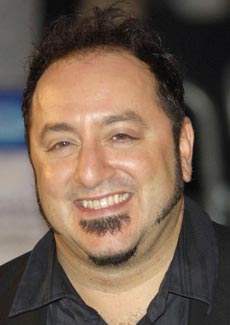 Let’s talk about an untitled comedy about martial arts. Or something like that. Anyway, we have the news that goes like this: Frank Coraci (you remember the man from The Wedding Singer) has signed on to direct Kevin James in (still) untitled comedy. Not such a surprise actually, because we already know the duo from the upcoming comedy Zookeeper (which stars James, directed by Coraci). So, at this moment we know that Allan Loeb (responsible for The Switch) is behind the story and that the actor will play: “a physics teacher who moonlights as a mixed martial arts fighter to raise money and save the music program his students love. He makes it all the way to the UFC.” Salma Hayek was rumored to be the leading lady opposite James (but still nothing is confirmed), but it wouldn’t be the first time the two teamed up, the previous time being Grown Ups. The film will be produced and distributed by Sony Pictures Entertainment. Interesting, or not – let’s wait and see what will happen with this project, and, in the mean time, make sure to check out Kevin James this weekend in Ron Howard‘s The Dilemma where he stars alongside Vince Vaughn, Jennifer Connelly, Winona Ryder, Queen Latifah and Channing Tatum.
Continue Reading
Advertisement
You may also like...
Related Topics:Allan Loeb, Frank Coraci, Kevin James, Salma Hayek