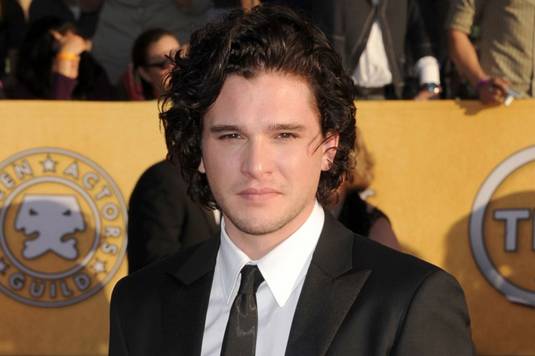 Kit Harington, Game of Thrones’ Jon Snow, has landed his next role before has found his feet back in production on the HBO series. With production on Warner Bros. Arthur and Lancelot being put on hold due to budgetary issues, Harington has joined Jeff Bridges, Ben Barnes, Julianne Moore and Alicia Vikander in the cast of the fantasy film The Seventh Son, formerly known as The Spook’s Apprentice. An Oscar-winner Bridges stars as a grizzled old witch-hunter who takes on a new apprentice in the form of Barnes; Harington will play a former apprentice of Bridges’ character. Barnes replaced Sam Claflin in the lead role last May and will play Tom, a young apprentice who fights ghosts and other evil supernatural creatures in 1700′s England. Trouble begins when his friend Alice (Vikander) tricked into releasing the most sinister witch in the world (Moore). Sergey Bodrov will direct from the script penned by Matt Greenberg with cameras set to begin rolling this April. The big-screen adaptation of Joseph Delaney’s children’s book about Thomas J. Ward, the first in a six-part series known as The Wardstone Chronicles, comes to theaters February 15th, 2013. If you missed the newest trailer for the second season of Game of Thrones, here it is! [youtube]http://www.youtube.com/watch?v=rOzXsqoJhtE[/youtube]