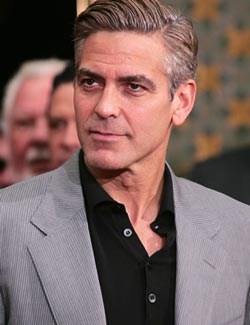 George Clooney will topline, and his Smoke House partner Grant Heslov will helm, “Men Who Stare at Goats“. According to Variety, the film is an adaptation of British journalist Jon Ronson‘s book about the U.S. Army’s First Earth Battalion, a unit that was to use paranormal powers. Title refers to the notion that one can kill a goat by staring at it. Apparently, the project has been around for some time, but international buyers only just received the script this week as the Cannes fest and market got started. Script topped the 2007 Brit List of best unproduced screenplays.
Continue Reading
Advertisement
You may also like...
Related Topics:George Clooney, jon ronson