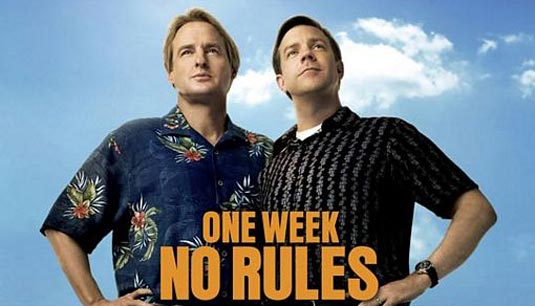 Warner Bros. has released the first trailer for The Farrelly Brothers’ comedy Hall Pass. Synopsis: Rick (Owen Wilson) and Fred (Jason Sudeikis) are best friends who have a lot in common, including the fact that they have each been married for many years. But when the two men begin to show signs of restlessness at home, their wives (Jenna Fischer, Christina Applegate) take a bold approach to revitalizing their individual marriages: granting them a “hall pass,” one week of freedom to do whatever they want…no questions asked. At first, it sounds like a dream come true for Rick and Fred. But it isn’t long before they discover that their expectations of the single life-and themselves-are completely, and hilariously, out of sync with reality. The movie was written by Bobby Farrelly, Peter Farrelly, Pete Jones, Kevin Barnett and directed by Peter and Bobby Farrelly. Co-stars Richard Jenkins, J.B. Smoove, Alexandra Daddario, Stephen Merchant, Nicky Whelan, Larry Joe Campbell, Tyler Hoechlin, Derek Waters, Alyssa Milano, Vanessa Angel and Kristin Carey. Hall Pass hits theaters February 25, 2011. Take a look at the trailer below and don’t forget to give us your thoughts in the comments section… 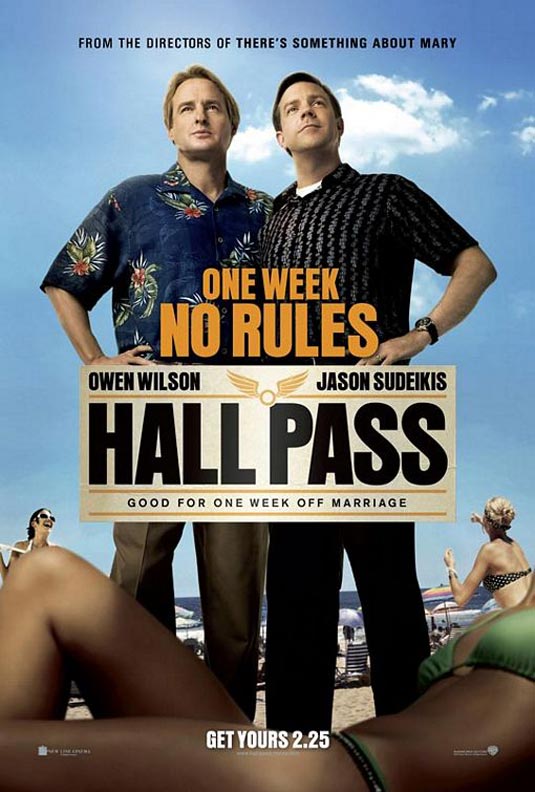