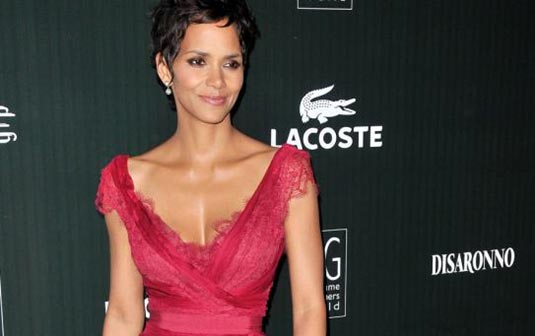 Oscar-winning Halle Berry, who suffered the injury back in September whilst filming Cloud Atlas in Spain, is finally set to topline thriller The Call, which Brad Anderson will direct this June in Los Angeles. The New Year’s Eve star is now confirmed to star in call centre killer thriller though it looked that the match-up might not happen. Back to October 2011, Joel Schumacher wanted Berry for the same project, but he had dropped off in January and has been replaced by Anderson. Berry was also out due to scheduling, but after the start date has been pushed back the actress has signed on. The Machinist director Anderson said:

I’m thrilled to be working with Halle on this. It’s a formidable role for an equally formidable actress.

Rich D’Ovidio (13 Ghosts) penned the script, which is based on an original story by Nicole D’Ovidio, Jon Bokencamp and the screenwriter. Set against the backdrop of a 911 call center, fast-paced suspense pic will find Berry playing a 911 emergency operator who must face her own fears in order to save a teenage girl from a disturbed killer. Berry will next be seen in the shark movie Dark Tide. Stay tuned. [youtube]http://www.youtube.com/watch?v=zJ8FBrf1hMI[/youtube]
Continue Reading
Advertisement
You may also like...
Related Topics:Brad Anderson, Halle Berry, The Call