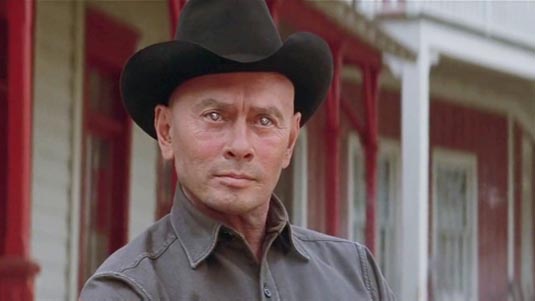 Get ready for a potential Westworld TV series! We’ve just learned that J.J. Abrams and Jonathan Nolan are teaming up to bring us a dark odyssey about the dawn of artificial consciousness and the future of sin. The project is set at HBO, and will be an adaptation of the 1973 Yul Brynner cult classic of the same name. At this moment we know that Nolan and his wife Lisa Joy are set to co-write the pilot script, while Nolan is also set to direct, and exec produce the whole thing with J.J. Abrams, Bryan Burk and Jerry Weintraub. In case you forgot, the original pic, written and directed by Michael Crichton, starred Brynner as an android in a futuristic Western-themed amusement park who creates havoc and terror for unsuspecting vacationers. Richard Benjamin and James Brolin also starred as guests of this creepy park. As we said, according to the latest reports, HBO’s upcoming project will be a dark odyssey about the dawn of artificial consciousness and the future of sin. Variety adds that the pilot production commitment is a big one by HBO’s standards, indicated the depth of the pay cabler’s interest in the project. Let’s hope this works out, make sure you stay tuned for more updates!
Continue Reading
Advertisement
You may also like...
Related Topics:J.J. Abrams, Jonathan Nolan, Westworld